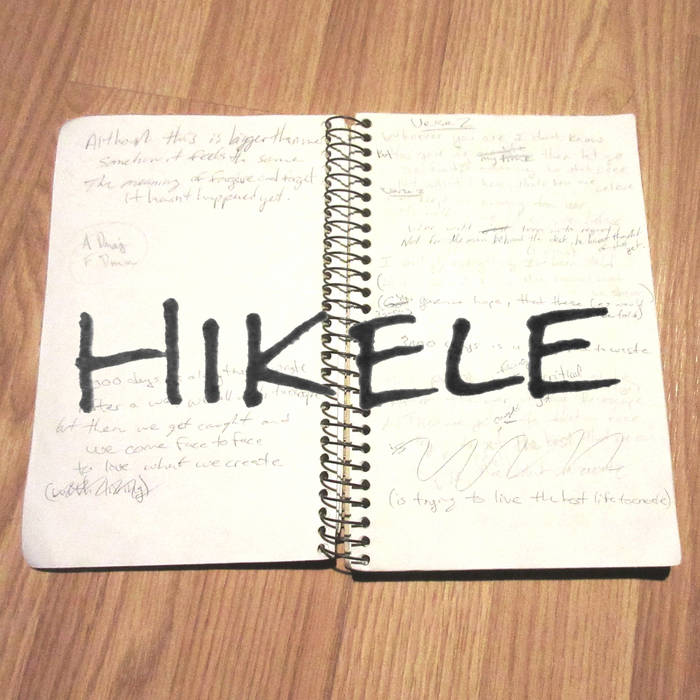 Taken off the shelf, polished, presented here as a memory
(10th Anniversary Reissue circa 2017)

Jot Notes:
1) This album was first released in August, 2007
2) Out comes the paintbrush and blank canvas...
3) These songs were re-recorded sometime between 2010 - 2014
4) Original recordings and bed tracks were used in the construction
5) 3 brand new and unreleased songs are presented for you here
6) The 'Introduction' runs with the idea of a motif written in 1998
7) HIKELE was re-released on December the 11th, 2014 (and later re-released, remastered, for the 10th anniversary of the first solo outing by Kaleb Hikele, Autumn 2017)
8) The End.

All instruments and vocals performed by Hikele (2007/14’)
First created at home, St. Thomas, Ontario, Canada, 2007
Reinvented at The Townhouse Recording Facility & Sound Studio
Engineered and mixed by Hikele at The Townhouse in 2014, Riverdale, Toronto, Canada
Remastered for the 10th Anniversary, 2017, by Tom Murray in Studio 11

Tracks 1/2/5: Recorded at The Townhouse, Toronto
Track 2: Background vocals sung by classmates at Harris Institute, 2009, and again by Tanya Semple with Kaleb in 2013
Tracks 3/4/6-9: Built on top of the original recording foundations from 2007, engineered in-the-box on a BR 1600 Recording machine, recorded in the basement of 55 Crescent Ave, St. Thomas, before demolition day
Track 10: Recorded in Moms living room on the upright piano, St. Thomas, 2007

Thank you for listening.

Kaleb Hikele is a Canadian songsmith and artistic explorer, also known as The Sun Harmonic... thesunharmonic.bandcamp.com ... please enjoy his music and think loudly.

Bandcamp Daily  your guide to the world of Bandcamp

Serena Cherry debuts her black metal project, plus a Pick from the Crypt block from Svalbard